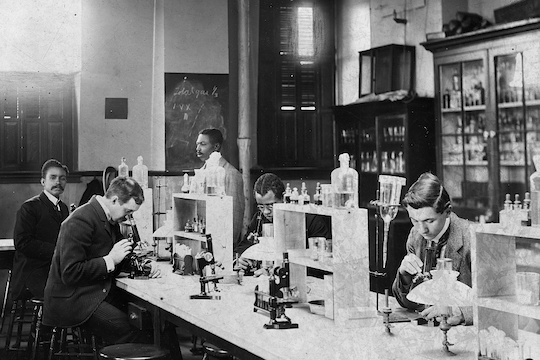 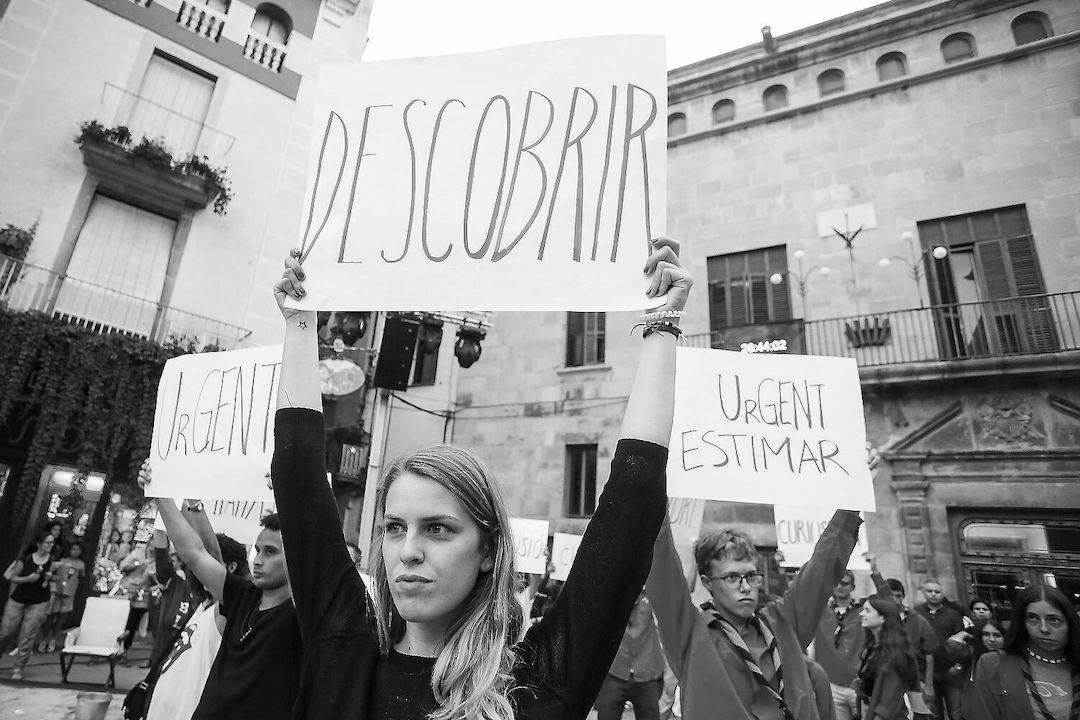 Cooperation in hyper-social spaces is highly conditioned by the gender of the interacting individuals. This experiment, carried out at Fira de Tàrrega in 2017, measures the willingness of people to cooperate, pairing them to take part in the prisoner's dilemma game, outdoors and in the context of an artistic performance. This experiment, performed using participatory research and citizen science principles, shed light on how the other’s gender identity is a relevant factor in terms of cooperation and trust. In hyper-social scenarios, individuals show a pro-social behaviour, especially women, who exhibit high levels of cooperation, trust and ability to guess the others’ behaviour. The complete research paper «Gender-based pairings influence cooperative expectations and behaviours» is publicly available in Scientific Reports and co-authored with Anna Cigarini and Josep Perelló. 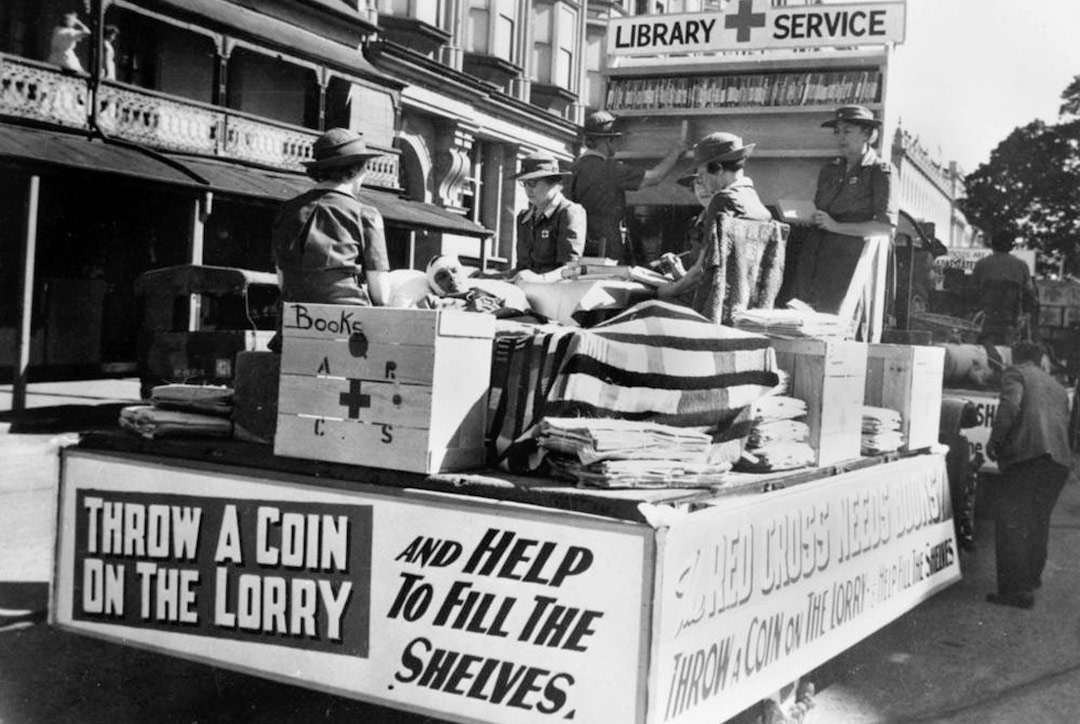 Publication of «Citizen Science in Libraries», a crowdsourced toolkit for and by librarians and citizens. Librarians proposed ten multidisciplinary citizen science projects to perform in libraries with library-goers within the specific context of each library. This toolkit was curated in co-creation sessions in the «Citizen Science Laboratory» through workshops facilitated by the members of OpenSystems in order to build a citizens science community around Barcelona libraries. This project was funded by Diputació de Barcelona in the framework of BiblioLab. 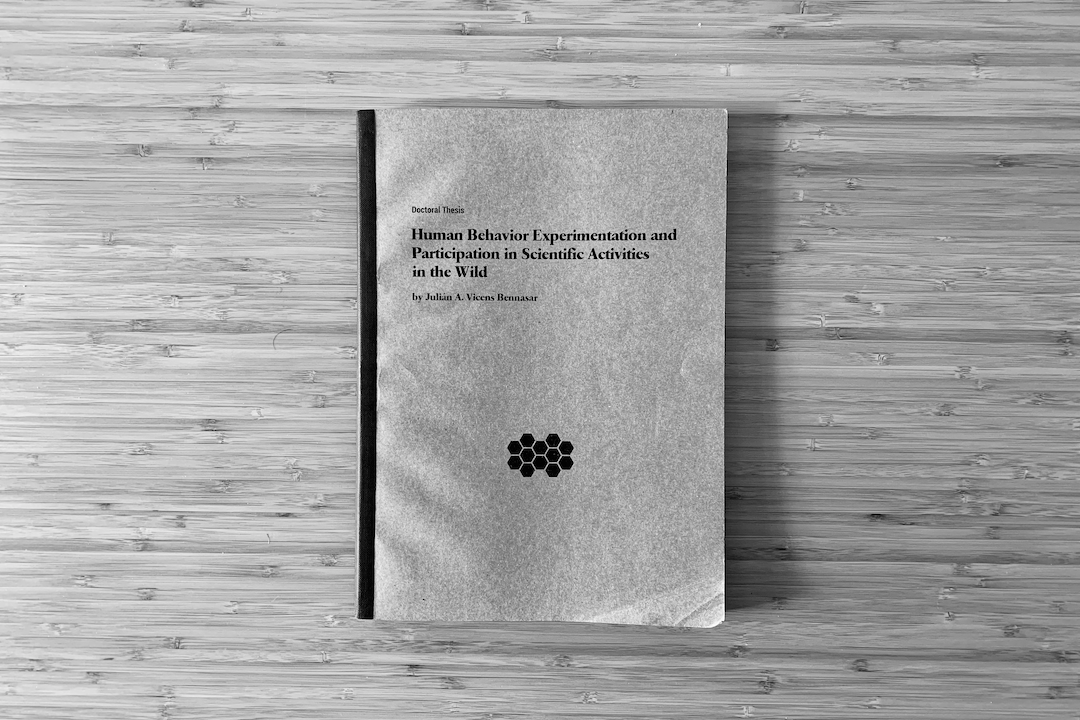 «Doctoral Special Prize» awarded to my doctoral dissertation «Human Behaviour Experimentation and Participation in Scientific Activities in the Wild» by Universitat Rovira i Virgili. I would like to thank Jordi Duch and Mercè Gisbert for their supervision, the co-authors of the publications included in the thesis and the committee formed by Marisa Ponti, Frederic Guerrero and Sergio Gomez, who awarded it with the mention "Cum Laude". The work delves into the understanding of social complex systems and studies cooperation in different contexts by means of collective experimentation based on game theory and social dilemmas. The dissertation also digs into the development of platforms to perform participatory and citizen science and the application of machine learning algorithms to unveil behavioural patterns. 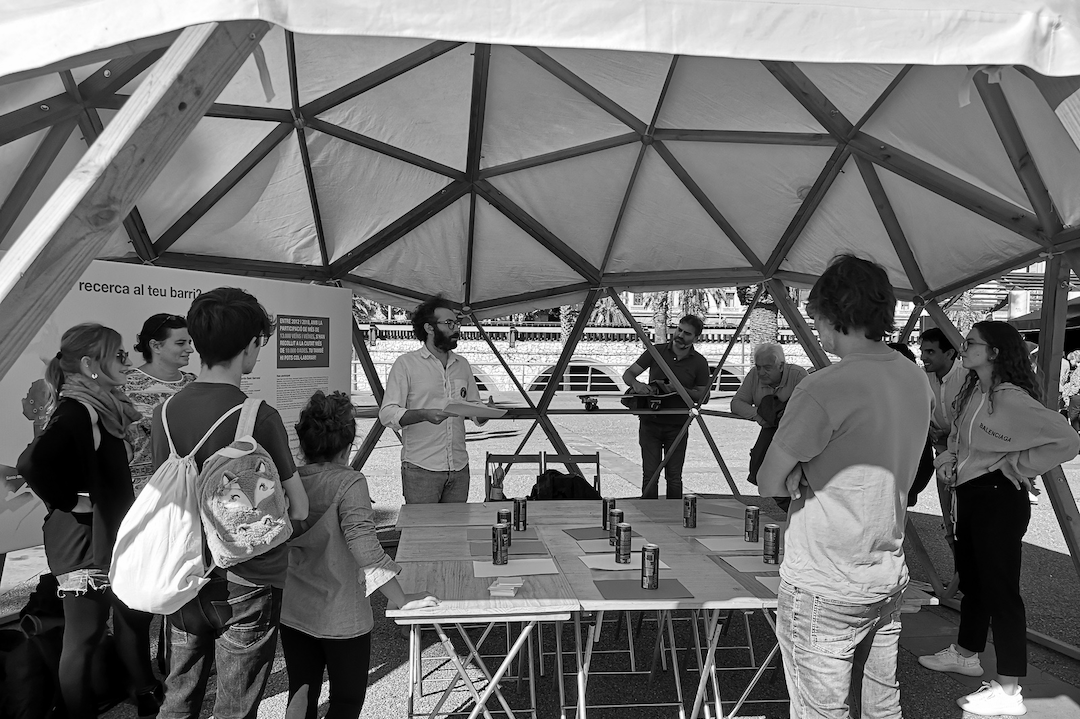 Presentation of «The Housing Game» results at the Festa de la Ciència in Barcelona by OpenSystems members. «The Housing Game» is a citizen science project aimed to understand the dilemmas that arise in the decision-making process of citizens in the context of the housing market. This project has been co-created with librarians, library-goers and the local community within the BiblioLab program of the Municipal Libraries of the district of Fort Pienc. 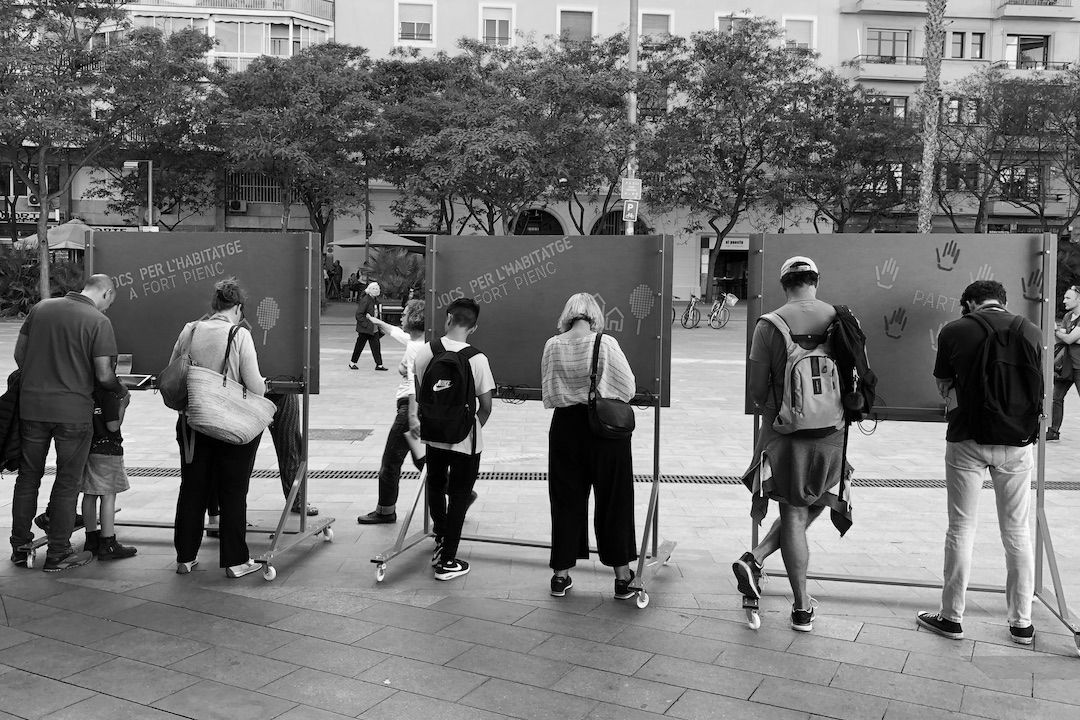 «Citizen Science in Action» aimed to co-create a citizen science experiment focused on a social concern shared by the community around libraries, for and by library-goers, in three Barcelona municipalities (Granollers, Olesa de Montserrat and Fort Pienc). From this collaborative process emerged the shared concern of access to housing. All the participants formulated and conceptualized an intervention in the public space to collect evidence to answer different research questions. The result was «Jocs per l’Habitatge» («Games for Housing»), an intervention in public spaces which consisted in four days of data collection about different dilemmas that citizens face when citizens and policy-makers intervene in the housing market. 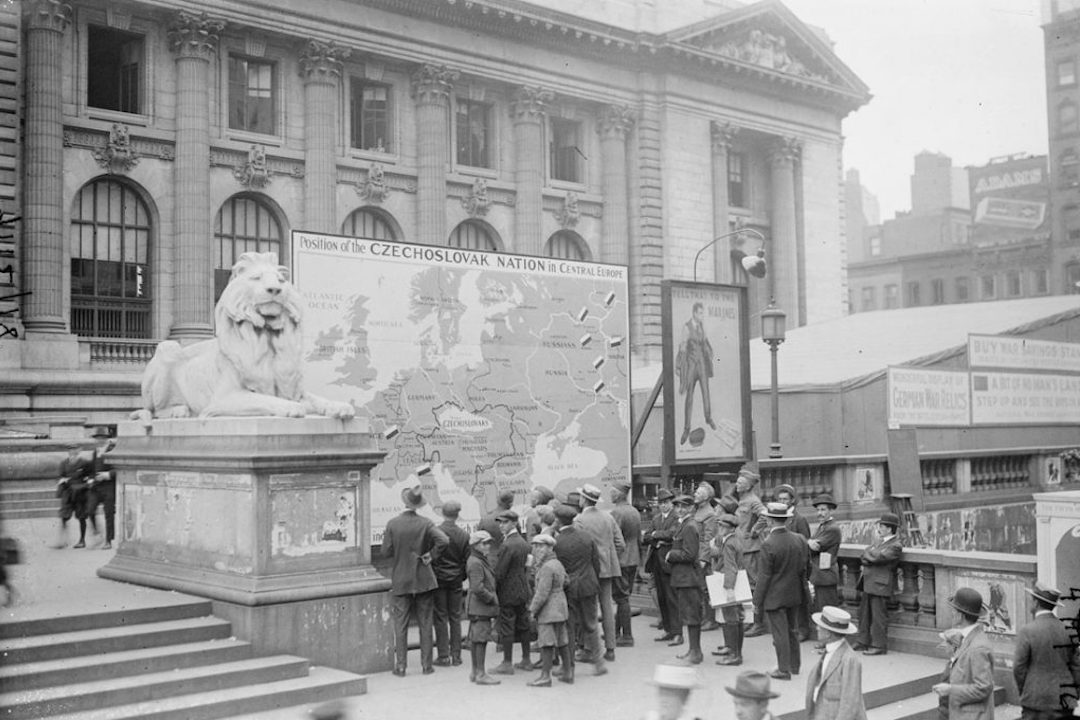 Series of articles that aim to share citizen science experiences and reflections by the OpenSystems group, which shares its experiences from around the world, many of them unknown in Barcelona. Citizen science involves citizen participation in science, but it also boosts collaboration and impacts in other disciplines. These articles, written collaboratively by the members of OpenSystems, tackle the relation of Citizen Science with Arts, Public Libraries and Community Actions. 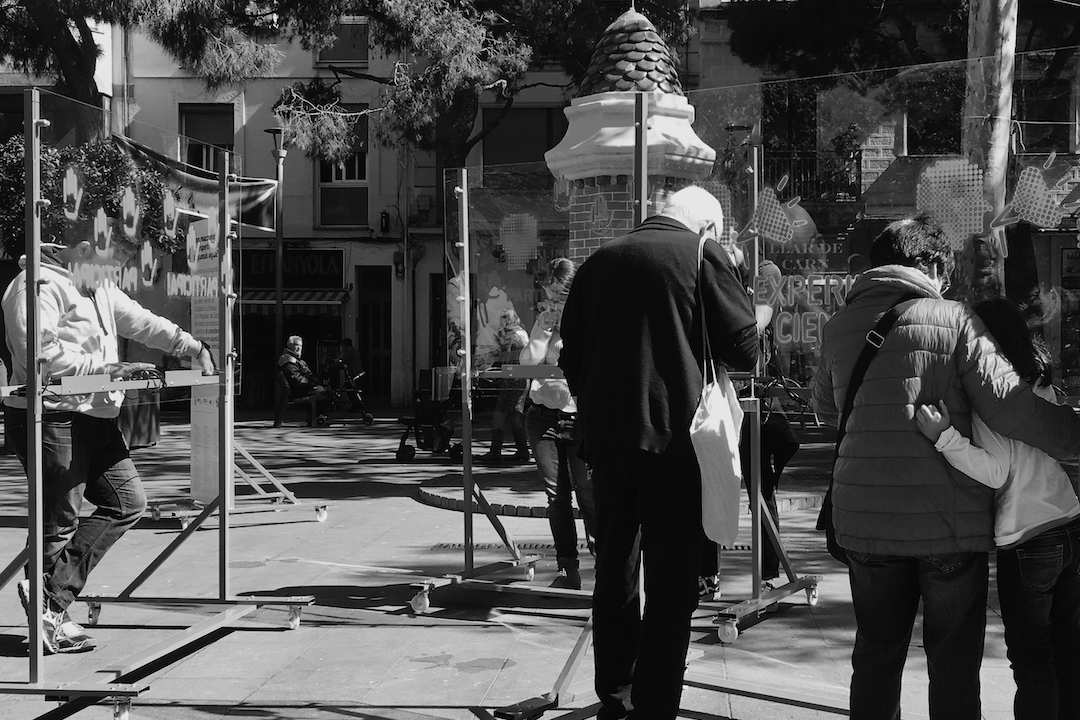 «Aigua de Barri» («Neighborhood Water») was a project that consisted of a series of workshops facilitated by OpenSystems members in cooperation with Ítaca, an organization from L’Hospitalet de Llobregat dedicated to out-of-school education for children and young people. The main objective of the project was to perform citizen science activities, as well as to organize a final performance in the public space using social dilemmas and game theory to puzzle over the use of basic resources like water. The project was funded by Fundació Agbar. 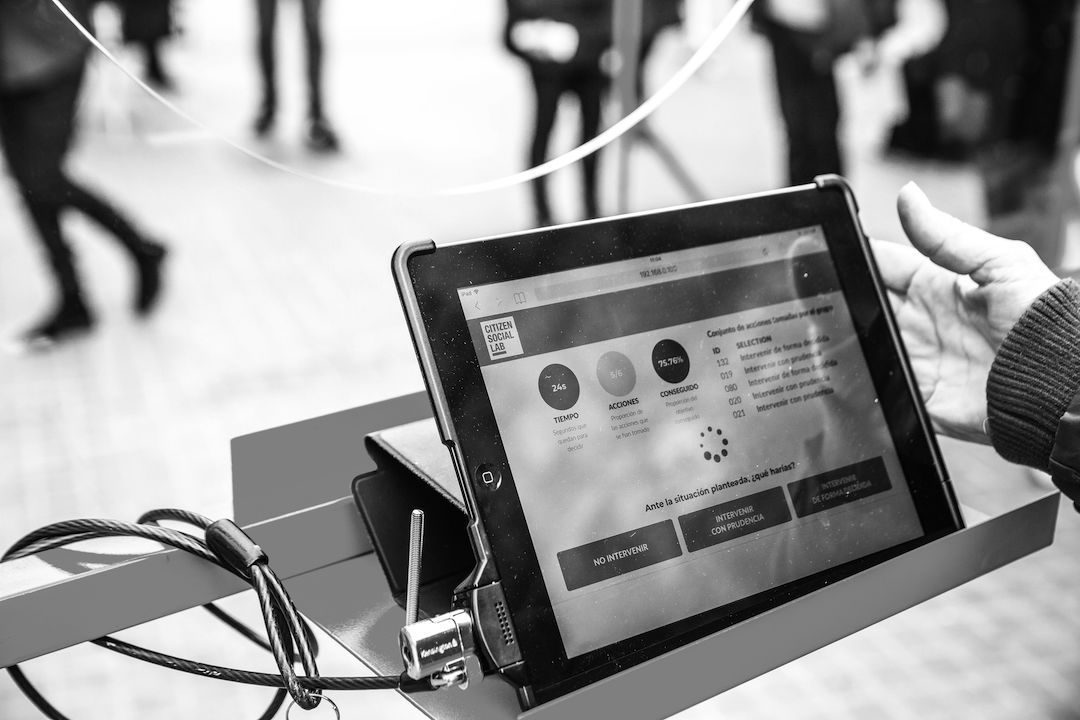 Ephemeral collective research action that aims to understand the interactions occurring in public spaces from a gender perspective. Citizen Social Lab collects data to better understand diverse human interactions in urban contexts in which a given conflict makes us face a social dilemma. This project allows us to research individual conflicts in situations of public violence. «Consciencies» was designed within the framework of the Biennal Ciutat i Ciència, a festival organized by the City of Barcelona, and performed again in the citizen science festival Calidoscopi by OpenSystems, Nus and the feminist students collective of Elisava. 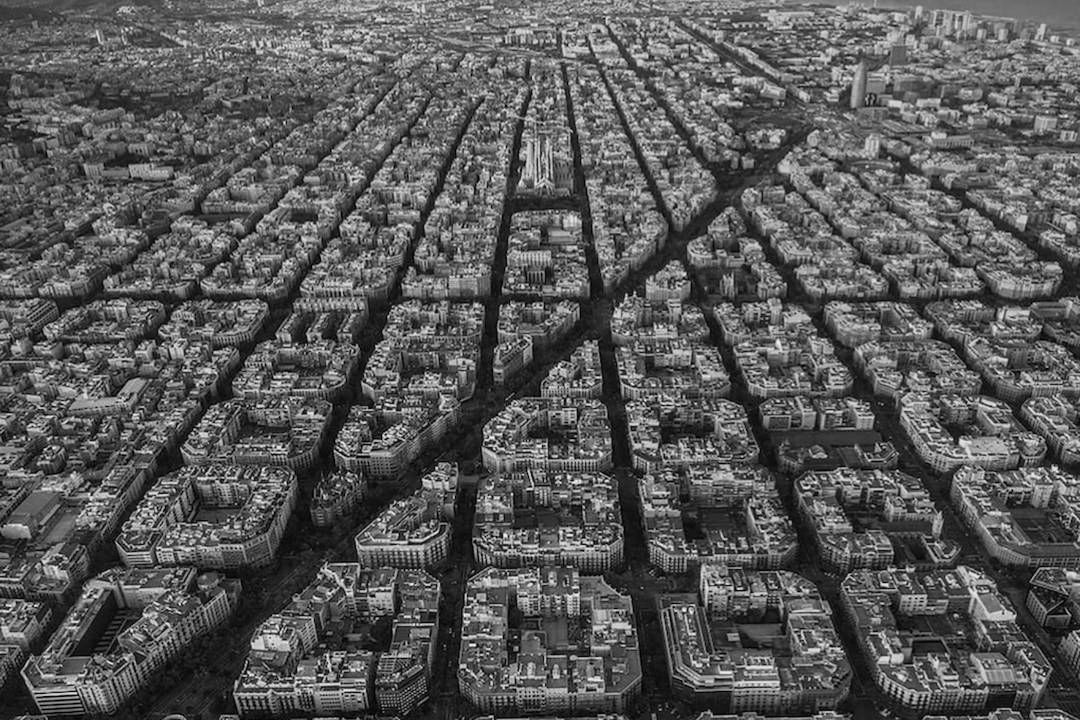 Citizen science practices have been boosted in urban contexts around the world. Participatory efforts include identification of concerns, definition and design of research, collection of data and the proposals of actions that respond to specific concerns with scientific evidence. This event counted on the insights, among others, of Louis Francis (Mapping for change), who talked about environmental actions and air quality, Shannon Dosemagen (Public Lab), who shed light on community science and collective action, and LeeAnne Walters, who explained the experience of the Flint water crisis supply. These were only some of the interesting talks about citizen science and actions that took place at «. The event was organized by OpenSystems members as part of Biennal Ciutat i Ciència and the Citizen Science COST Action 15212. 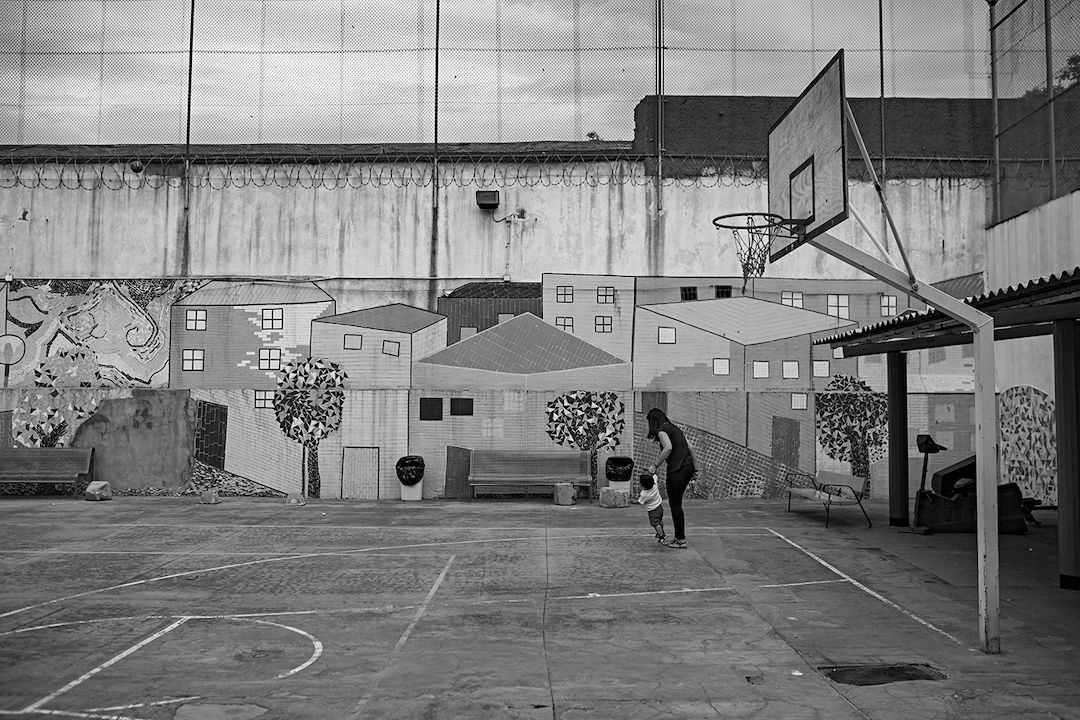 Workshop carried out at the Barcelona Women’s Penitentiary Centre, popularly known as Wad-Ras prison. The objective was for inmates to discover a series of citizen science projects that can be performed online from anywhere with an internet connection. Some examples are projects to classify galaxies or identify animals in the African Savannah with ZooUniverse, resolve the structure of a protein with Foldit or map a brain in 3D. This workshop also focuses on discussing expertise and non-expertise, interest and passion, and, above all, on how we can build knowledge and transform this learning process into a worthwhile activity. This workshop was part of the Biennal Ciutat i Ciència of Barcelona. 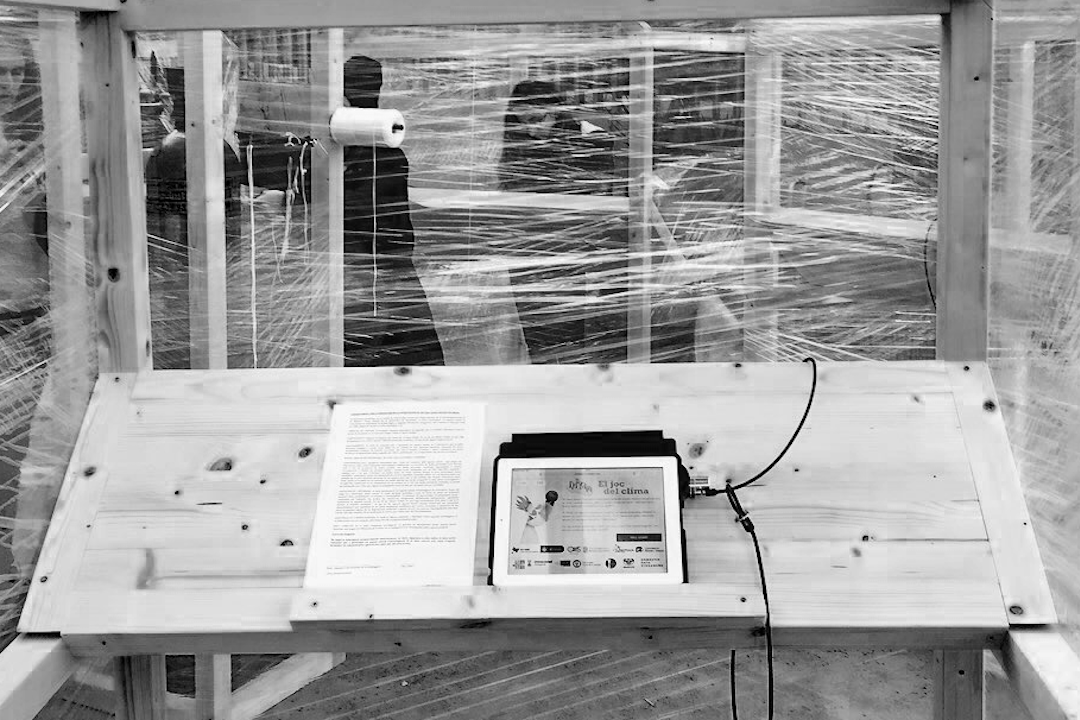 Citizen Social Lab is a digital platform used to perform behavioural experiments in the wild following the principles of citizen science. This platform collects data from the interaction between individuals who face a varied set of social dilemmas (public goods games, prisoner’s dilemma, trust game...). The platform is analysed with detail in the paper «Citizen Social Lab: A Digital Platform for Human Behaviour Experimentation Within a Citizen Science Framework» published in PlosOne with data of more than two thousand individuals participating in experiments in the public space. This paper is co-authored with Jordi Duch and Josep Perelló. 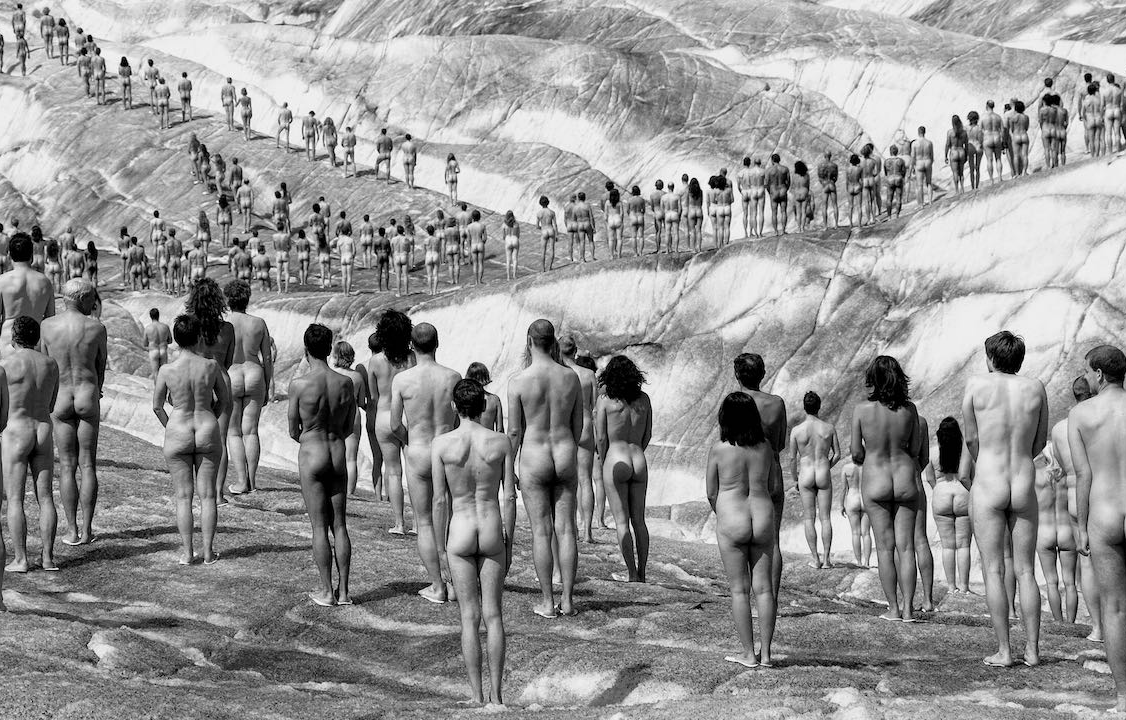 Social experiment that studies the cooperation around the negotiations against climate change. It was carried out in Barcelona using citizen science methodologies with the participation of 324 individuals. The outlines of the experiment published in PlosOne revealed that inequalities around climate change negotiations are tougher on individuals, societies and organizations with few resources, who are, at the same time, the ones that show higher cooperation levels in relative terms. 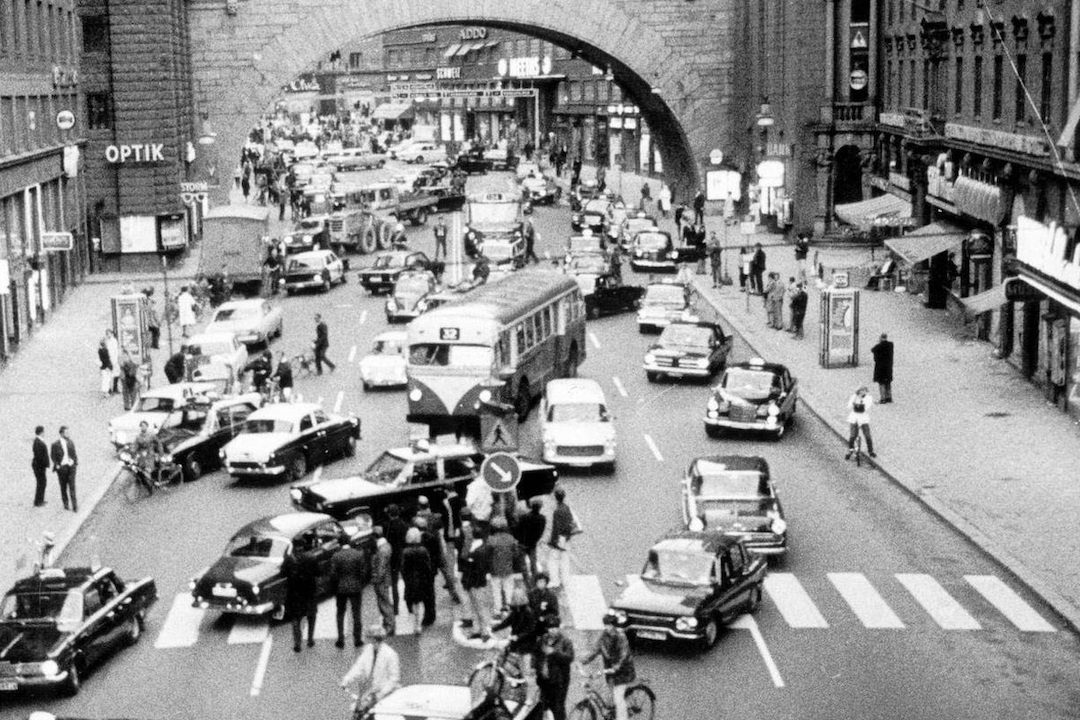 Talk at the Conference of Complex Systems (Thessaloniki, 2018) within the workshop «Complex systems for the most vulnerable». The talk, «Addressing social justice and unveiling vulnerabilities through game theory and collective experiments», was focused on presenting the emergency of behaviours around important societal challenges such as climate change and its mitigation actions, public health and the current trend to reinforce care-at-home services, and the health impact on citizens due to strong inequalities in city air quality. All this phenomena was studied by means of a set of lab-in-the-field behavioural experiments coupled with citizen science practices.

Participation in «STEM4Youth», an H2020 project that aims to promote STEM education through key scientific challenges and to enhance its impact on our life and career perspectives. The project introduced citizen science in schools in a radical manner by performing collective and participatory experiments in Barcelona, Polonia and Greece. These experiments studied public concerns such as gender inequalities, air quality or water pollution, which emerged from co-design sessions with students [final report]. This research is performed by means of behavioural experiments, game theory and using Citizen Social Lab, a participatory platform to perform collective experiments in the wild. This project has received funding from the European Union’s Horizon 2020 research and innovation programme under grant agreement No. 710577. 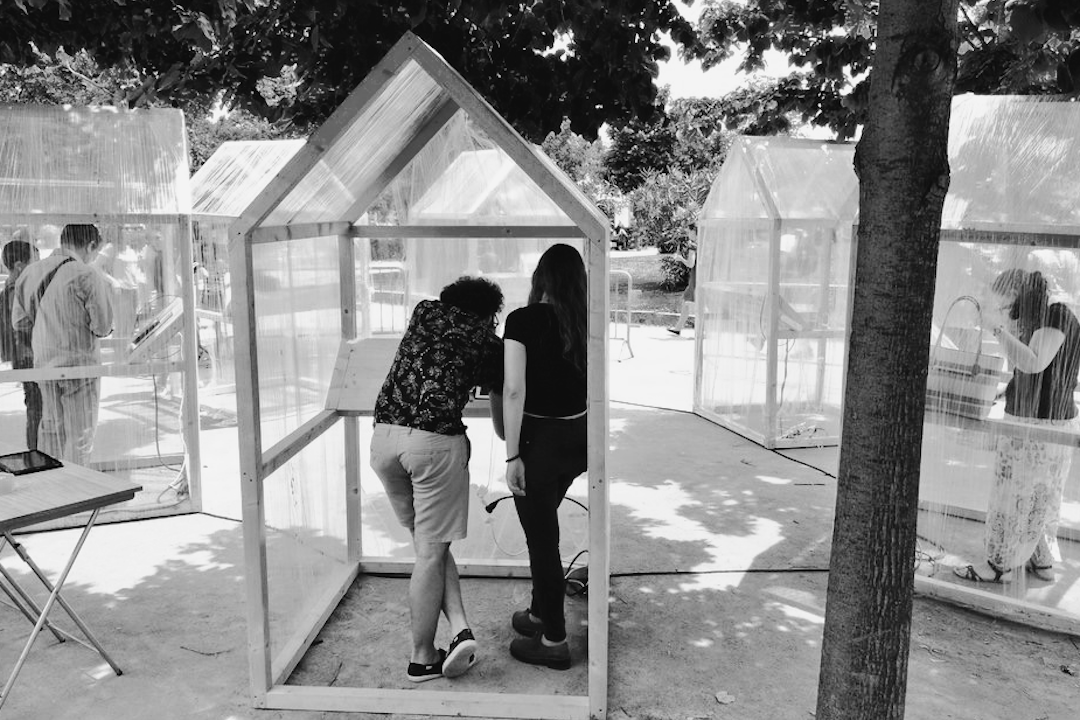 Behavioral experiment focused on the study of human behaviour in relation to the air quality of a city. In this experiment, performed on the Festa de la Ciència in Barcelona, citizens of Barcelona participated in a citizen science investigation aimed to research the nitrogen dioxide (NO2) concentration measurements in more than 800 points across Barcelona. Based on these results, the participants had to contribute in a social dilemma to launch a collective action related to air quality. 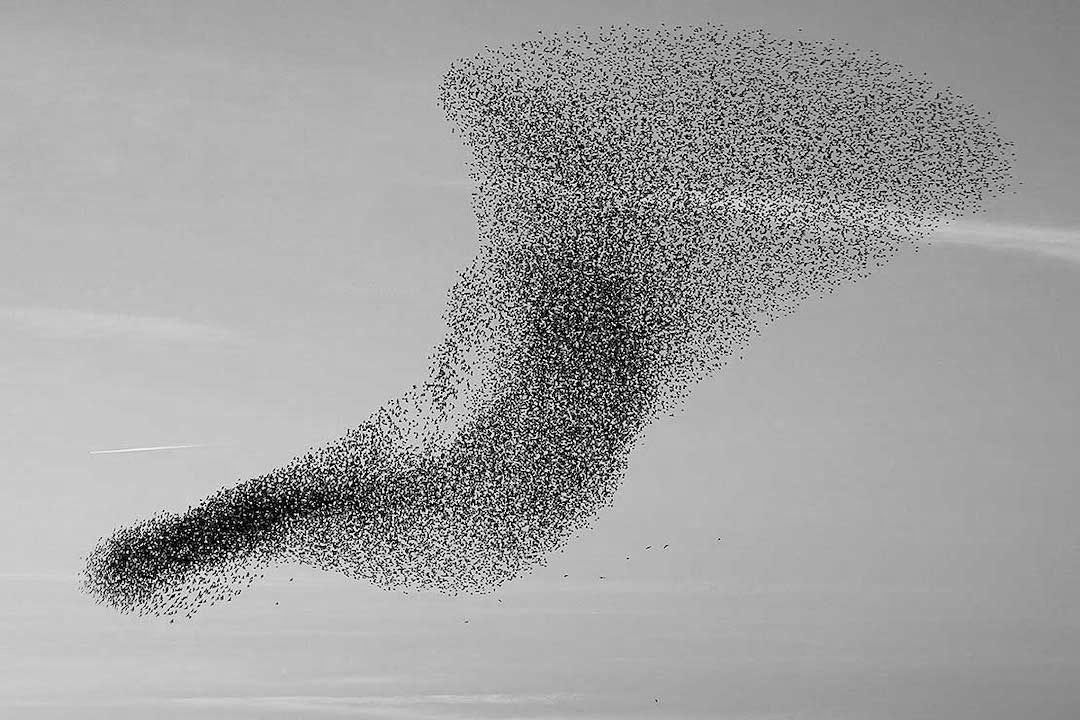 Defense of my doctoral dissertation «Human Behaviour Experimentation and Participation in Scientific Activities in the Wild» in Spring 2018. The thesis was supervised by Jordi Duch and Mercè Gisbert. This work, developed during four years, delves into the understanding of social complex systems and studies cooperation in different contexts (climate change, mental health care community, etc.) by means of collective experimentation based on game theory and social dilemmas. The dissertation also digs into the development of platforms to perform participatory and citizen science and the application of machine learning algorithms to unveil behavioural patterns. It was successfully defended and awarded with the mention "Cum Laude" by the committee formed by Marisa Ponti, Frederic Guerrero and Sergio Gomez. 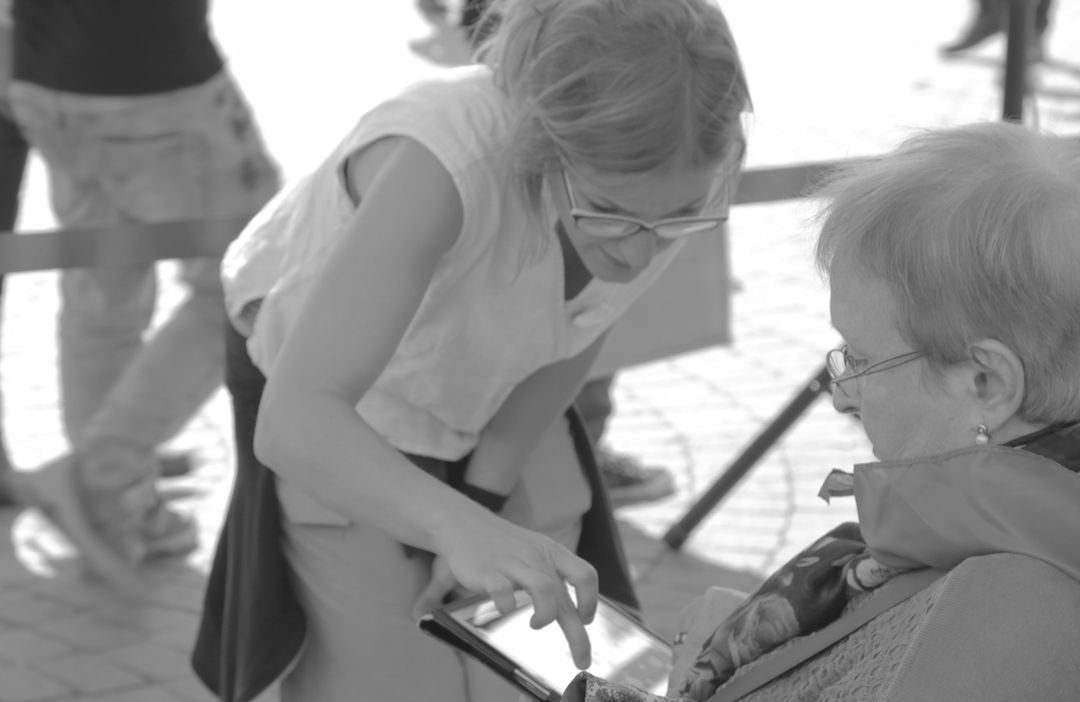 Mental disorders have an enormous impact in our society. In «Quantitative account of social interactions in a mental health care ecosystem: cooperation, trust and collective action» we present the results of a suite of games that allow us to probe into different behavioral traits of the mental health care community role groups by means of citizen science practices. The evidence reinforces the idea of community social capital, with caregivers and professionals playing a leading role. Yet, the cost of collective action is mainly supported by individuals with a mental condition - which unveils their vulnerability. We finally point to the conditions under which cooperation among members of the ecosystem is better sustained, suggesting how virtuous cycles of inclusion and participation can be promoted in a "care in the community" framework. This research paper was co-authored with Anna Cigarini, Josep Perelló and Anxo Sanchez. 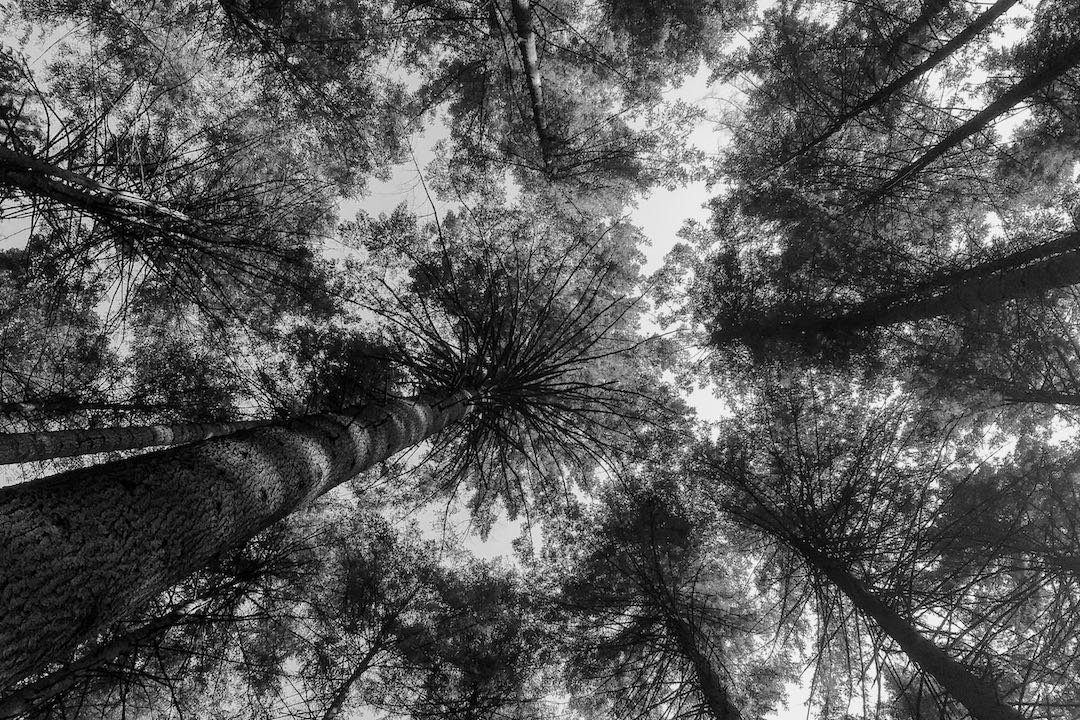 «Natural Patterns» is a project that delves into the relationship between Science and Nature. By means of a system that promotes the observation of Nature as a canvas to present the research process, we are able to unveil the implications of science in the formation of patterns and their impact, beyond natural science, in art, design, architecture or music. 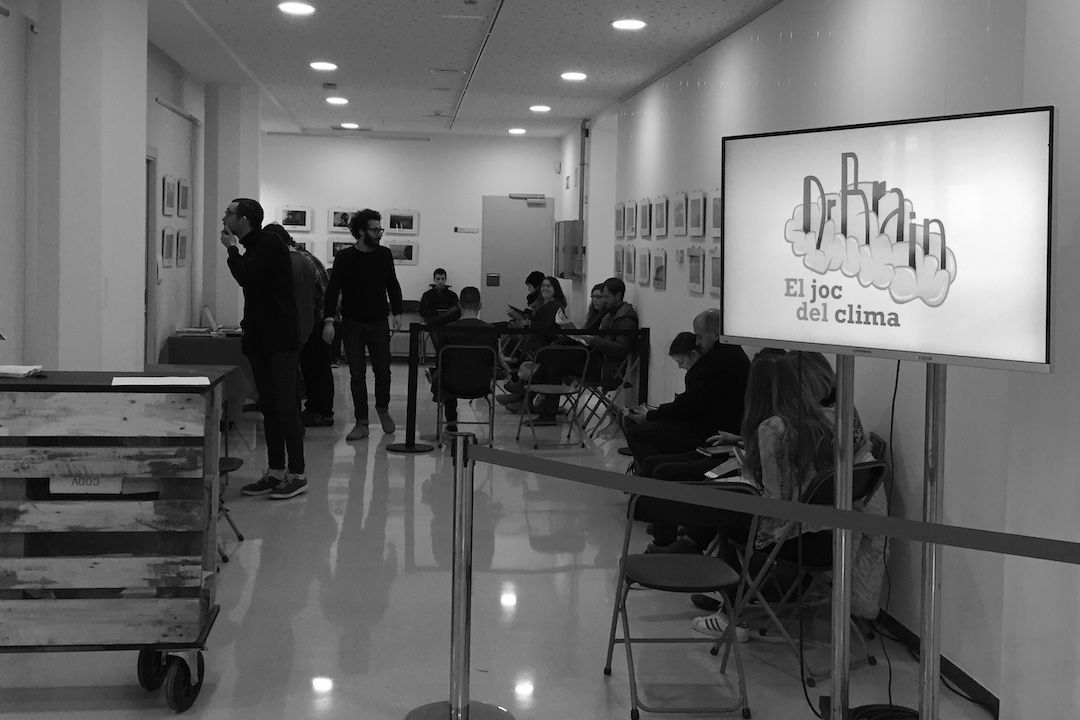 Lab-in-the-field experiment in which 541 individuals face four different dyadic games with the aim of establishing general behavioral rules dictating individuals’ actions. By analyzing the observations of these simple social situations using machine learning algorithms, we find that a majority of the subjects conform, with a large degree of consistency, to a limited number of behavioral phenotypes: envious, optimist, pessimist, and trustful. The complete results are publised in Science Advances. 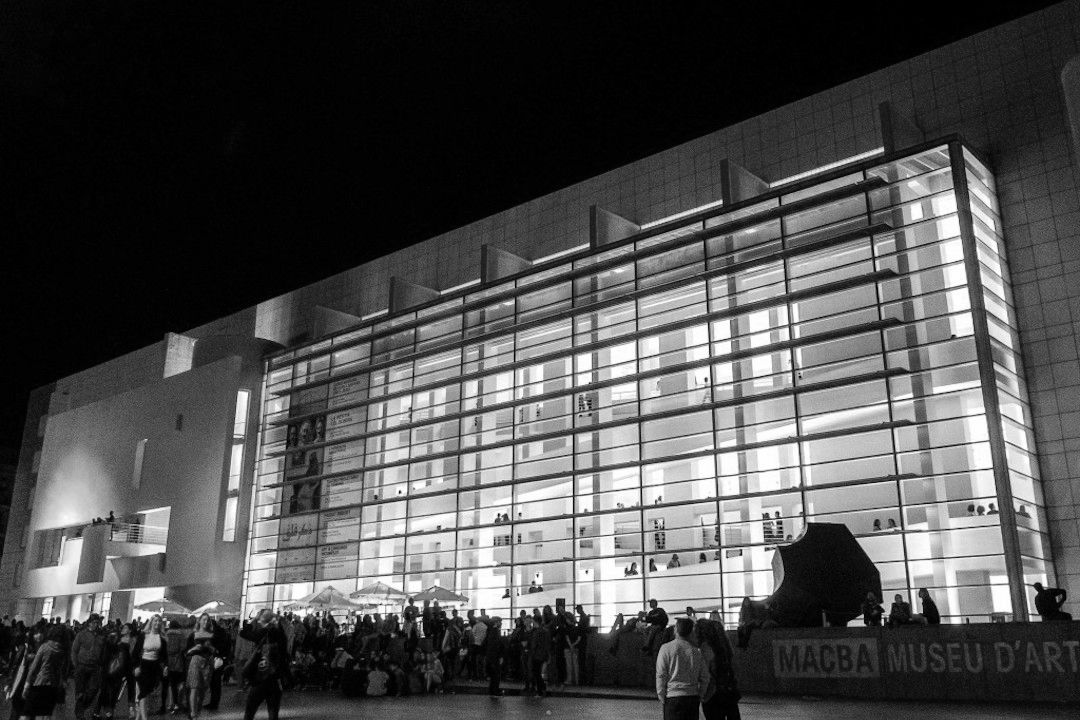 «Museum Night Experiment» is a citizen science experiment created to observe, capture and analyze the "cultural behaviour" of attendants to «La Nit dels Museus» in Barcelona («Museums at Night»). The main objective is to analyse the patterns generated by citizens when massively visiting museums and cultural centers in order to understand participation profiles and establish a more efficient relationship between citizens, cultural equipments and the city. 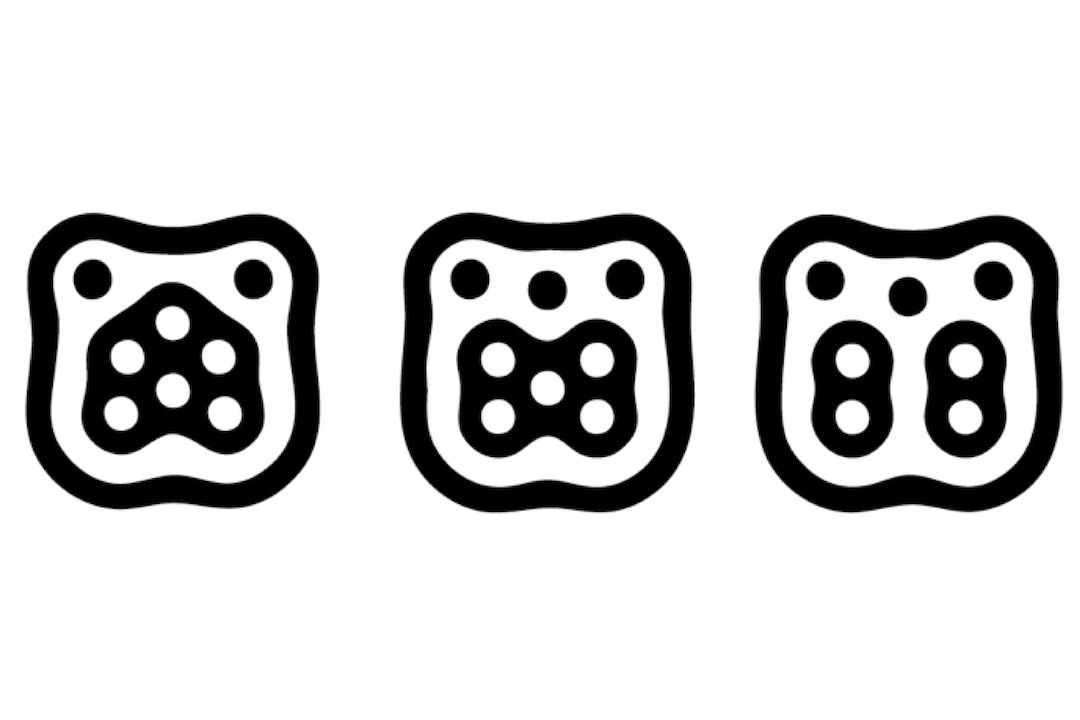 This project was part of my Engineering Thesis focused on the design and development of a natural user inteface and a tridimensional audio system. The thesis was based in previous works in human computer interaction and audio processing. The final artifact creates a sound experience by means of a system that reacts in real-time to the fiducials placed on a table-top user interface. Each fiducial corresponds to a particular sound represented in a tridimensional environment created on a natural user interface working with TUIO protocols.